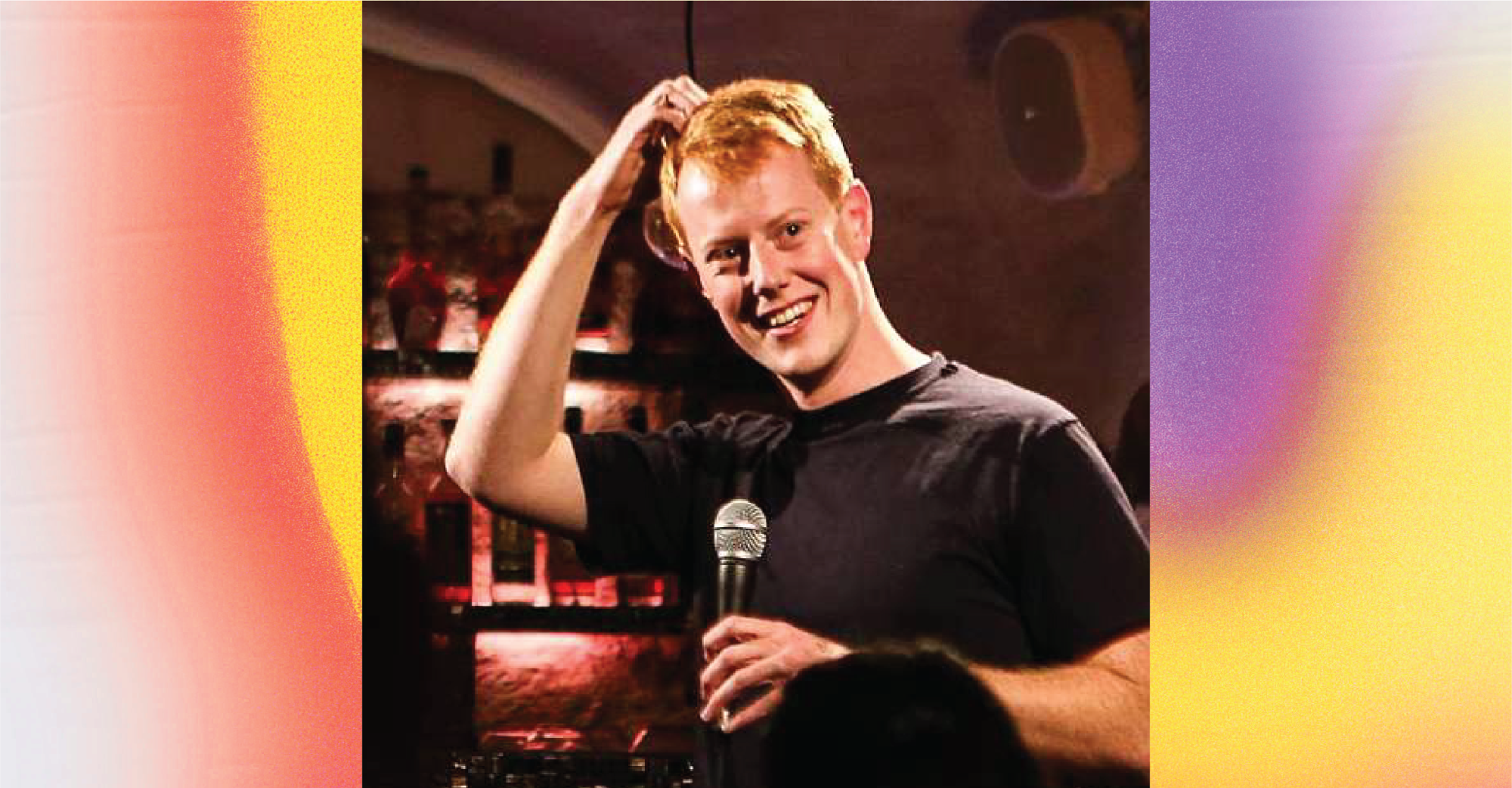 CONRAD MOLDEN IS BACK at Studenterhus Odense for an ‘English stand up comedy night’ and this time he brings Arshu John and Kevin Menyah with him.

Conrad Molden is from Great Britain but now lives in Aarhus. He has toured around the country with his stand-up comedy, making himself known for his comedy about Danish culture and language, where he shares his experiences, thoughts, and views on the Danes and their way of living. In that way, Conrad Molden presents an opportunity to the Danes, to consider us-self from a different and international point of view, and laugh.

The last time he visited Studenterhus Odense was with his show “hyggelicious: work in progress” and this time, he will present an “all-new material”-show for the audience, that with guarantee will put a smile on your face and make you laugh, as he hosts ‘English Stand Up Comedy Night’.

BUT he will not be doing it alone.

This time it’s a triple-up on comedy, as he brings comedian Arshu John and Kevin Menyah with him.

Arshu John is from India but now lives in Aarhus. Back in India, he was a practicing criminal lawyer for a year, then switched to a career as a journalist. After five years, in dire need of a break from the political despair in India, he finds himself doing a masters at Aarhus University, spending his weekends washing dishes for money, and performing stand-up comedy at an open-mic.

He now identifies a fake lawyer, a fake journalist, and a real joke.

Kevin Menyah was born in Isreal and spent many years of his life in Ghana and Germany. He brands himself as “not being a comedian” as he rants about everyday occurrences in his life to a crowd that has no choice but to listen to him. With his story and life experience, there’s a lot to expect from his stories, opinions, and his love for Denmark. Kevin is always either painfully funny or painfully awkward, and both are entertaining to watch”

This international trio will be AMAZING and there is no doubt that they will fill the room with laughter when the show comes to Studenterhus Odense Friday, February 18th at 20:30.

So get ready to laugh and join in for an amazing evening.